Mark your calendar and get ready to put on your running shoes this fall. Every step you take makes a difference! The 2021 MWS run is a national effort that will involve runs all over the US during October & November 2021. The MWSF encourages individuals, groups and families to organize fun-runs and local races to raise funds to support the foundation and the information and resources it provides. MWSF will provide a form so we can learn about every run that takes place. Please note that all runs will need to check with the local authorities to make sure that all permits and insurance are acquired.

This fundraiser will involve a 5K run and Half Marathon on October 16, 2021.

Join us for our 3rd annual Golf Tournament in Las Vegas on November 5th. Individual tickets are $125, and a Foursome is $500. The Tournament is a 4-player scramble and will be held at the Painted Desert Golf Club, starting at 7:30am. There is a $10,000 hole-in-one prize and trophies for 1st and 2nd place. Lunch will be served after the round. Sponsorships are available: $1000 to be a Gold Sponsor, $500 to be a Silver Sponsor and there are 2 Bronze sponsorships available for $150 each: Longest Drive or Closest to the hole. 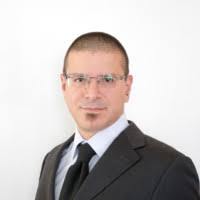 Dr. Conidi has worked for the last 15 years in the ZEB2 field in the lab where ZEB2 has been identified. In the last 4 years, he started investigating the molecular mechanisms underlying Mowat-Wilson Syndrome and associated congenital defects caused by mutations in ZEB2.

During the Zoom meeting, Dr. Conidi will provide a brief overview of this research and what it means for MWS patients and families. We will also have a question/answer period for anyone with specific questions.

This is a FREE event.

Medicine in New York. He has trained both as a developmental biologist and a human geneticist studying complex congenital diseases. His work on Hirschsprung disease uncovered how multiple genes and mutations are interconnected, which helped to explain the severity of the disease observed in different patients and help classify patients better.

His current interest is in trying to understand the genetic basis of the broad phenotypic spectrum observed in congenital diseases including Mowat Wilson Syndrome, for a complete understanding of disease progression, better patient classification and hopefully therapeutic intervention in the future

Rare Disease Advisory Councils (RDACs) give the rare disease community a voice because these councils are sanctioned by individual states. The first RDAC was created in North Carolina in 2015 and was made up of patients, caregivers, families and providers. Since then, RDACS have been sanctioned in other states. RDACs can help states address barriers that prevent individuals living with rare diseases from obtaining proper treatment and care. The National Organization for Rare Diseases (NORD) advocates for a well-functioning RDAC in every state.

You can see if your state has an RDAC here: https://rarediseases.org/policy-issues/rare-disease-advisory-councils/ 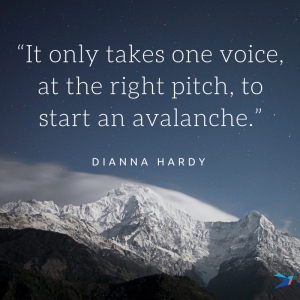 Peter Saltonstall, NORD’s CEO, provides some advice about how to start an RDAC in your state if one does not exist:https://www.youtube.com/watch?v=eBZ09avVq1Q

Global Genes has a nice video from a prior conference about RDACs:  https://www.youtube.com/watch?v=ycD1Zxq6OjE

Using social stories to prepare your child for a new experience

Does your child become anxious when experiencing new things? Social stories can be used to help familiarize your child with new experiences BEFORE they occur. A social story is a simple book that uses words and pictures to show what is going to happen, what something new looks like and what rules need to be followed. YouTube videos can also be used to prepare your child for a new experience. Social stories are like the visual schedule tool that was presented in last month’s email newsletter. The main difference between a visual schedule and a social story – is that a social story is precisely a story – and can be presented as a booklet. Generally, a social story introduces a new experience and explains why and how it will occur – with pictures. Parents and caretakers can read them much like any other book.

Carol Grey is credited with the development of social stories. She has received many awards for her work in promoting the education and welfare of children, adolescents, and adults with autism:  the Social Thinking’s Lifetime Achievement Award (2015), Learning Spring School’s Spectrum Award (2012), the Autism Society of America’s Education Book of the Year (for The New Social Story Book: Revised and Expanded 10th Anniversary Edition (2009), and the Barbara Lipinski Award (Lansing, Michigan, 2005). Her website provides in-depth information about social stories.

They provide other free printable social stories too!

One struggle that many caregivers have is that medical professionals don’t listen to them. This problem can occur often for families with a rare disease. It is important for caregivers to advocate for their loved one and for themselves – even though this can be a draining process.

Here are some important things to consider: 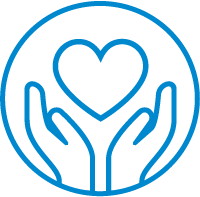 AARP provides some suggestions for when doctors don’t listen:

The Society to Improve Diagnosis in Medicine (SIDM) provides the following advice:

Trust is a vital part of the healthcare journey and it is worth it to invest the time and effort to build an effective healthcare team that you trust!

Natalie was born healthy but by three months old, she was below her birth weight and deemed unable to thrive. She had a slight heart murmur that was fixed by device closure but was admitted to the hospital at 5 months old. Eight days later, the doctors prescribed a very specialized, amino-acid based, prescription-only formula and we were told that Natalie was allergic to all of the major allergenic food groups. We brought Natalie home from the hospital and began taking her to an increasing number of specialists. We finally received a genetic diagnosis of Mowat-Wilson Syndrome when Natalie was 11 months old and being seen by 13 specialists – that moment was life changing. As a young couple, we had planned to have three kids in quick succession, and then…our world was turned upside down. 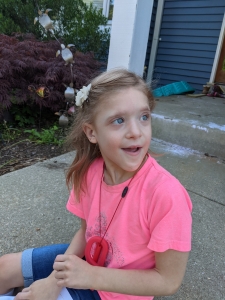 We did not have much support in the early days of Natalie’s diagnosis other than her doctors and therapists, only one of whom had previously heard of this syndrome. When we first received a clinical diagnosis, followed by a genetic diagnosis, we were overwhelmed, and to be honest, we were scared, sad, angry, and unsure. Very limited information was available about this new road we were traveling. Having a diagnosis was, for Natalie, a golden ticket to therapies of all sorts and a fairly simple yet very comprehensive IEP (Individualized Education Plan). Natalie is now 6 years old and has been receiving occupational, physical, speech and music therapy from the time she was 8 months old.

Our primary educational and therapeutic goal for Natalie for the past two years has been improving her ability to communicate. After tireless trials with different communication tools, Natalie has begun using eye gaze software to communicate. This technology has been amazing! Having the ability to effectively communicate is changing how Natalie behaves in our family, at school, and in a wider group setting. Natalie has more confidence and can match wits with her two sisters, all because we found the best way    for her to communicate. She often surprises us when she shares her thoughts and opinions!

Hope for the Future

In 2017, we attended our first MWS Family Conference. For the first time, we met other people around the world that understood what we were going through.  While sitting in one of the sessions, I made the decision to get more involved in MWSF. Not long after the conference, a call went out for Board members and I jumped at the opportunity. I felt a strong desire to help other MWS families. Now, as a member of the MWSF Board of Directors, I can use what I have learned and continue to learn from Natalie and apply it to the wider MWS community. My goal is to help new MWS families so that they do not have to go through all the pain, confusion, and fear that we did.

Rejecting the Notion of Impossible 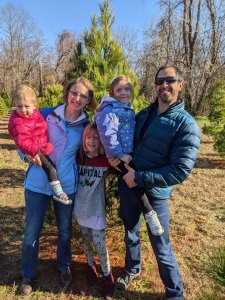 It may seem that we have not done anything extraordinary over the past 6 years, but every day has been unique, and we take each day as it comes. There have been many challenges and many accomplishments and joyous occasions. We have spent days in the hospital and days of fighting with insurance to pay for therapy. Some days are filled with laughter, and some days are filled with tears. Occasionally, it is a struggle just to get through the day, but other days, everything falls into place, and we know that Natalie is making progress. Having a daughter with a genetic syndrome has taught us that anything is possible, so we decided to reject the notion of “impossible”.

The New MWS Mugs Are Here!

Start your day with a cup of tea or coffee and support the MWS Foundation. Our mugs are inspired by the #nevergiveup attitude of MWS children and their families.

For only $10 each, a set of mugs makes a very special gift for families, caregivers, office staff, etc. Help us raise awareness about MWS!

The 15 oz Ceramic mug features a modern design and comfortable grip handle with the Mowat-Wilson Syndrome logo on both sides. 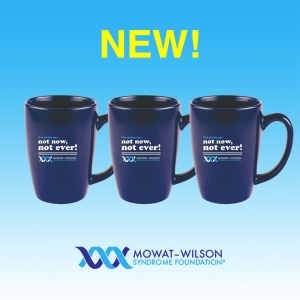