MWS Family of the Month – the Andrews Family

MWS Family of the Month – The Andrews Family 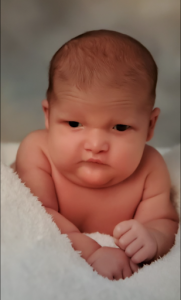 We are the blessed parents of Rylan, who is a beautiful, silly, ornery 12-year-old boy with Mowat-Wilson Syndrome. After a healthy pregnancy and delivery, we were discharged with a “health” baby boy. Despite this, when we looked at our sweet baby, we knew there was something “off”. His face and ears looked different as well as minor genital defects and under-grown fingernails and toenails. His eyes were wide-set, and the bridge of his nose was completely flat; his ears were rolled up and stuck out. We had not even been home for 24 hours when we started to have concerns. Rylan wouldn’t latch on and he would fall asleep while nursing.

Life would never be the same

It was at this time that we noticed his legs looked a bit blue. We rushed him back to the local hospital, and he was taken by ambulance to a children’s hospital. Rylan was in the NICU for a whole week. We knew then that life would never be the same. During that week Rylan was diagnosed with 3 holes in his heart, kidney reflux and hydronephrosis. During the first year, we went to 1-5 doctor appointments each week. Rylan was not responding to light or sound and would only respond to physical touch. He was so sweet but not making progress or meeting any milestones. We learned that he was completely blind and deaf, but we did not know why – we only knew that he had delayed growth of the myelin sheaths that transmit signals in the brain. We were given a generic diagnosis of Cerebral Palsy without a known cause. Rylan’s body was able to close the holes in his heart but required surgery for his patent (open) ductus arteriosus (PDA) that would not close. After that surgery, he had an anaphylactic reaction to Vancomycin and Red Man’s Syndrome. We were terrified but did not realize that this hospitalization would only be the tip of the iceberg for Rylan. Despite many genetic tests, we did not get the Mowat-Wilson Syndrome diagnosis until after Rylan was 6 years old! 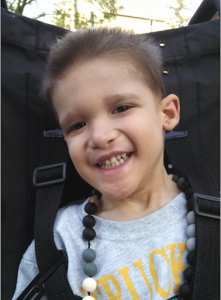 Rylan made slow progress in the first few years. He lost a lot of weight and screamed in pain most days for about 9 months after he turned one. We watched Rylan shrink from the 79th percentile down to only the 2nd percentile. Doctors could not find a reason for this and told us that due to his special needs, Rylan was not expected to survive until his 2nd birthday. That was not an answer we were willing to accept. Finally, after begging for repeated testing, it was found that he was having intestinal malrotation. His intestines were twisting and causing a volvulus, which would untwist at times, making it difficult to accurately diagnose the problem. Rylan has never had a stool on his own and needed us to produce his bowel movements since birth. After his MWS diagnosis, Rylan was tested for Hirschsprung’s Disease. He had a procedure to repair his intestines, and a few weeks later he had a g-tube placed. Within 3 days of having the g-tube, Rylan finally had the nourishment and strength to start to move his body.

Rylan has had many years of physical, occupational, speech and feeding therapy. He started to walk with assistance at age 4 after intensive spider-cage therapy. It took him another year, but he walked independently at age 5. By age 8, Rylan ran on his own for the first time! The boy they told us most likely wouldn’t survive and would not sit or walk on his own proved them all wrong! 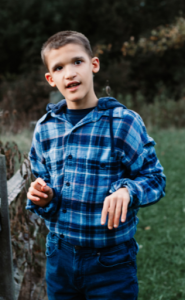 Life is challenging, but we NEVER give up hope

Rylan has seizures as well. He had his first grand mal seizure at 18 months, and they have been the scariest and most difficult thing to deal with. We still have not found medications that control his seizures – some of his reactions to medications are extremely severe and life- threatening. Life with MWS is not easy, but every day with Rylan makes it worth it! He has taught us so much about life and love and strength. He is our hero and definitely has made us better people! His smile is pure joy and he has a huge personality. Every day is both a gift and an unknown. Rylan amazes us with what he can do and how resilient he is. Our loved ones with MWS are capable of so much and they work so hard to accomplish things that others take for granted. I am so thankful that God chose to give us this special and amazing boy. He is absolutely extraordinary. Never give up hope! Our kids are able to do so much, so keep advocating and being their voice! 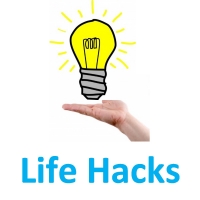 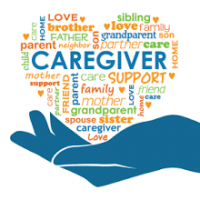