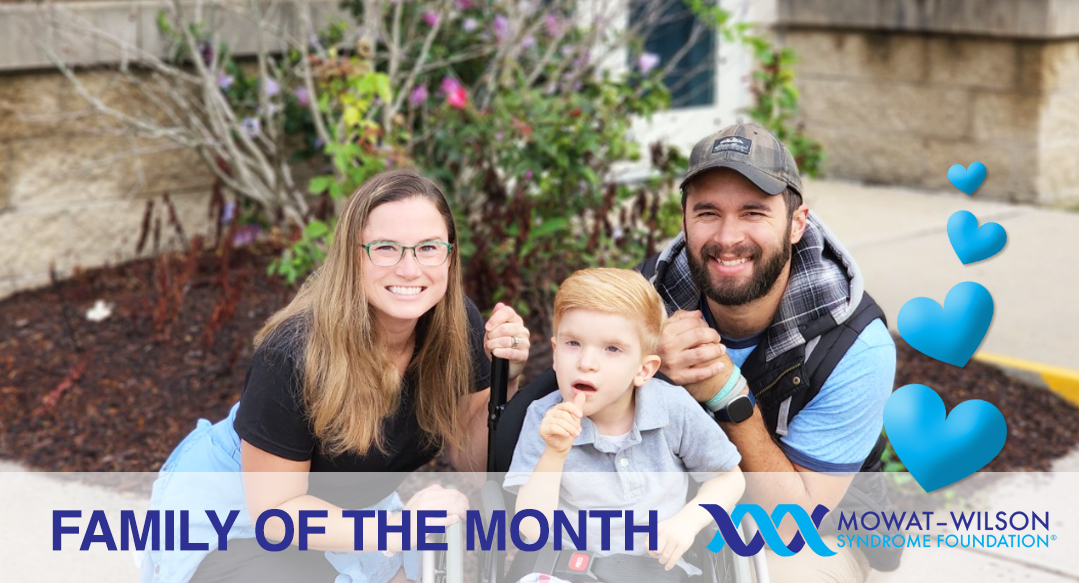 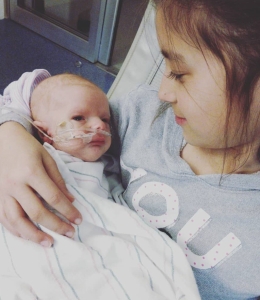 Our story began in August 2017 when we found out we were expecting. Our family was so excited to add another child to our family. Our daughter’s motherly instincts immediately kicked in telling me how to take care of my body for a healthy pregnancy, making plans for the new baby, and choosing baby names, toys, and clothes. Amelia, Austin’s older sister, was 9 at the time.

We agreed to non-invasive genetics testing, which screened to see if our child was at risk for inheriting certain genetic diseases. We got the screening back and were grateful that we were in the clear. Our child’s risk was low. We were also able to find out that we were expecting a boy!

At our 20-week anatomy scan, my husband had to be away for work, but I had done this before and was excited about the scan. During the scan, the two technicians kept leaving the room and whispering to one another. They assured me that the baby was fine, he had a strong heartbeat and was growing. When I met with the doctor, she explained that there was something they wanted to look at more since the baby was in a funky position. They wanted me to go to the main hospital campus for a 24-week anatomy scan.

At the 24-week scan, we found out that Austin had a brain abnormality. At the time they had no idea to what extent and suggested that we see a high-risk Obstetrician. We had another anatomy scan, this time with the high-risk doctor, who then referred us to Boston Children’s Hospital Neonatal department and the high-risk clinic at Brigham and Women’s. We had two MRI’s which confirmed that Austin has Complete Agenesis of the Corpus Callosum (meaning he is missing this part of his brain). 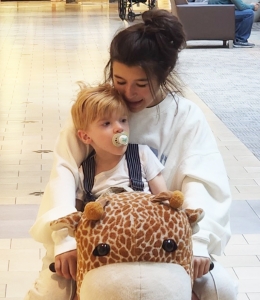 We had completely switched our care to Brigham and Women’s and planned an induction at 38 weeks, due to excess fluid. Austin decided to come a few days before induction at 37 weeks and 6 days. At the time, Brigham and Women’s Hospital was doing a study on newborn cord blood micro-array testing. We agreed to this testing thinking there were not going to be any results.

Austin went to the NICU a few hours after birth due to respiratory distress. The nurses said it was most likely for the night and he would be in our room the next morning. Austin was the sweetest newborn who loved being held. He had every nurse and person who walked into the NICU wrapped around his fingers!

At one week old Austin had emergency surgery, at Boston Children’s Hospital (next door to Brigham and Women’s), for intestinal malrotation. He was then transferred to their NICU for recovery. The next day we received a call from genetics stating that Austin’s results came back with a Zeb2 mutation, Mowat Wilson Syndrome. Honestly, the rest is a big blur. We then met with many doctors and specialists during his stay at Boston Children’s. We were/are so thankful to be in Boston.

Austin had five more surgeries, in his first 8 months of life, after being diagnosed with Hirschsprung’s disease. Austin was then diagnosed with Epilepsy. To say, the first year was very challenging and overwhelming. The fight for services and finding the right medical team is still ongoing and frustrating at times.

Fast forward to now, Austin is a happy, sweet and feisty 4-year-old! He loves kids, football, soccer, cars, food, movement, swimming, silly noises, his cats and his sister. He is always up for the best snuggle session. Austin’s teachers would describe him as the class clown and a “freshy.” Although Austin is non-speaking, he uses a total-communication approach and is a great non-verbal communicator with those who really get to know him. Austin does have some spoken language that comes and goes: “mama”, dada, “Ahh” (Amelia), “no”, “I done”, “I did it”, “Bob”, “love, love”, “nug nug”. 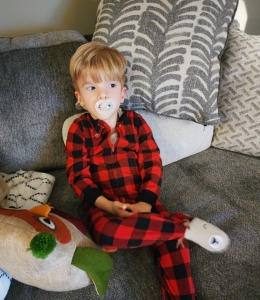 Austin uses a variety of equipment such as a stander, gait trainer, AFO’s and is in the process of getting a manual wheelchair. Austin started rolling at age 2, learned to sit up at age 2 ½ (with some support), and learned to transition from floor to sitting at age 3. He continues to work on crawling, standing and taking steps. Austin attends the public preschool and is in their substantially separate classroom with 2 other students. He receives one-to-one care, at school, and honestly loves school so much! In addition to school, Austin has 3 outpatient therapies a week… PT, OT and Speech.

Finding out Austin’s diagnosis was scary. We had no idea where to turn or what his and our future had in store. We still don’t have all the answers. We try to live one day and one step at a time. Having Austin in our lives has taught us to slow down and appreciate the small moments. He’s our amazing little man and we honestly couldn’t picture our family without him! 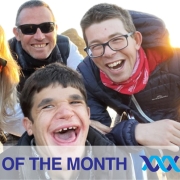 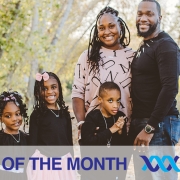 MWS Family of the Month – The Carter Family