You are here: Home1 / Frontpage Article

Overview of seizures and epilepsy and how these manifest in MWS, with particular attention to neurological consequences and management. END_OF_DOCUMENT_TOKEN_TO_BE_REPLACED

One of the Mowat-Wilson Syndrome Foundation’s mission is to provide support to the families. Regional events are organized for families to get together to meet, greet and exchange experiences. We have found that these events are extremely valuable for our community. We would love to extend these regional get togethers to all regions in North America. Please contact us if you are interested in hosting  a family regional event.
END_OF_DOCUMENT_TOKEN_TO_BE_REPLACED

Recommendation for MWS Patients to Get Evaluated for Absent Spleen

Recently, several reports have highlighted a rare finding in individuals with Mowat-Wilson syndrome (MWS), namely absent or missing spleen. The spleen is an organ that filters the blood and can help fight certain types of bacterial infections. The spleen is located in the left upper abdomen but frequently not felt on physical examination. Individuals who do not have a spleen can live long and healthy lives, but may be at increased risk for certain infections. Additionally, individuals without a spleen should be vaccinated against certain bacteria that can cause serious infections.

Now that we are aware of this finding, we recommend that all individuals with MWS be evaluated for an absent spleen. The test is easy to do and noninvasive. The best way to look for the spleen is through an ultrasound, an imaging technique that does not have any known side effects. Many individuals with MWS may have had this study done in the past. For example, if a person had an ultrasound scan to look at the kidneys, the spleen may have been imaged as well. If a person has had an “abdominal ultrasound” in the past, this should have evaluated for the presence of a spleen. If only a “renal ultrasound” was done, this may not have looked for the presence of a spleen. Please talk with your healthcare provider about whether an ultrasound that looks for the spleen has already been done. Absence of the spleen in MWS is typically something someone would have from birth. If a spleen was seen on ultrasound at some point (even years ago), then a person does not need to have the ultrasound repeated, unless that person’s healthcare provider is concerned the person has symptoms of a non-working spleen. The spleen can stop working for reasons unrelated to MWS, but people with MWS are not known to be at increased risk to have this particular complication.

The MWS Foundation will host the 3rd International Family Conference on June 25-27, 2020 in Houston, Texas.
END_OF_DOCUMENT_TOKEN_TO_BE_REPLACED 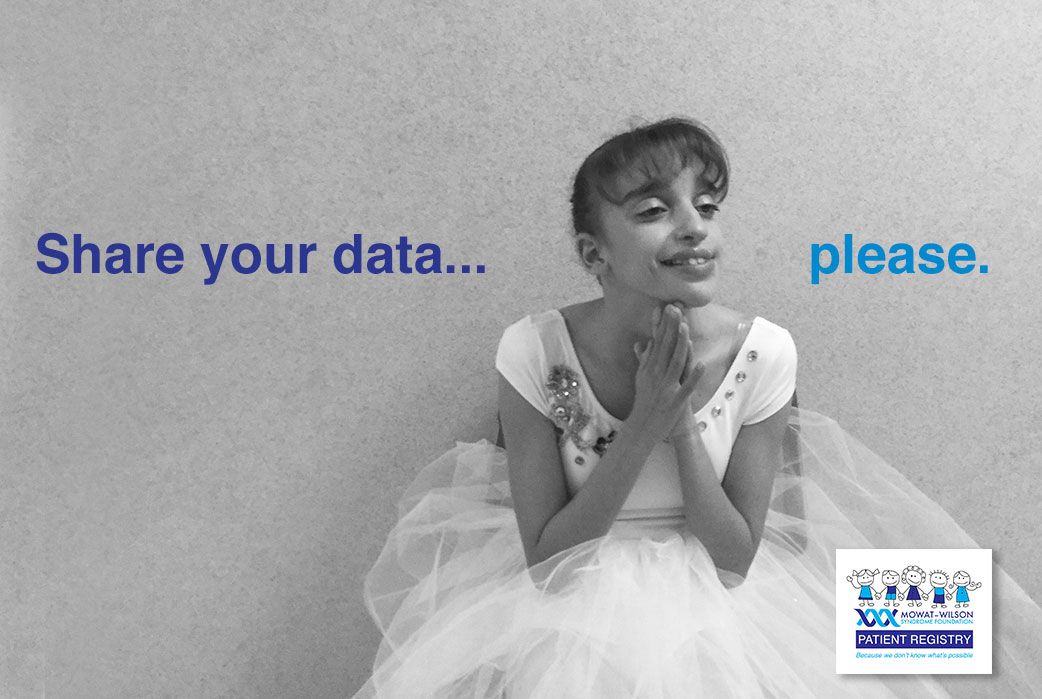 As of March 1, 2018, the Mowat-Wilson Syndrome registry has over 133 participants involved at varying levels with the three current surveys. With the launch of the Growth Data survey we hope to be able to provide the valuable information necessary for the development of Mowat-Wilson Syndrome specific growth charts.

Here are some comments from Dr. Margaret Adam about the Growth Data Survey:

“Individuals with Mowat-Wilson syndrome (MWS) frequently are small compared to other people their age. This means that when a provider tries to plot that person’s growth (weight, length/height, and head circumference) on typical growth charts, the person with MWS appears to be small. Sometimes the person seems very small or the person’s growth is not on the typical growth chart at all. When a person’s weight is below what is expected for age, physicians often become concerned that the person is not getting enough calories, and this can sometimes lead to unnecessary procedures, such as placing a feeding tube when a feeding tube is not needed.

For this reason, we hope to develop growth charts that are specific to individuals with MWS. Our goal is for these growth charts to be available for people of all ages and include weight, length/height, and head circumference. This will allow families and providers to know if the person with MWS is growing as expected. If, indeed, the person is not growing as well as expected for a person with MWS, then the provider could appropriately recommend treatment for the growth issues.

To make this project successful, we need to be able to collect information on growth from many people and over a range of ages, from birth to adulthood. Many families will be able to get this information from their primary care provider, since growth is measured at most doctor visits. We hope to be able to provide families and providers with this important information so that growth can be monitored appropriately.”

In order to share your child’s growth data you may need to contact the healthcare providers to request the information. Feel free to download the letter from the MWS Foundation explaining the reason for the request.  Once you have the data follow these steps:

Your willingness to share data is vital to research and to gaining new knowledge about MWS. Because we don’t know what’s possible…

This study , published by the American College of Medical Genetics and Genomics, analyses clinical data for 87 patients with a molecularly confirmed diagnosis of MWS, including 62 previously reported patients and 25 unpublished cases, and compared them with patients previously reported by other authors. The data  was obtained through collaborations involving clinicians from various countries. Such primary data have never been collated from a large cohort of affected individuals. In this article we present a comprehensive study of MWS features underlining a highly consistent phenotype for the disease, its genotype–phenotype correlations, and the phenotypic and clinical evolution taking place with age. The purpose of the article is to assist clinicians to identify the disease and to provide them with updated care recommendations for patient management. 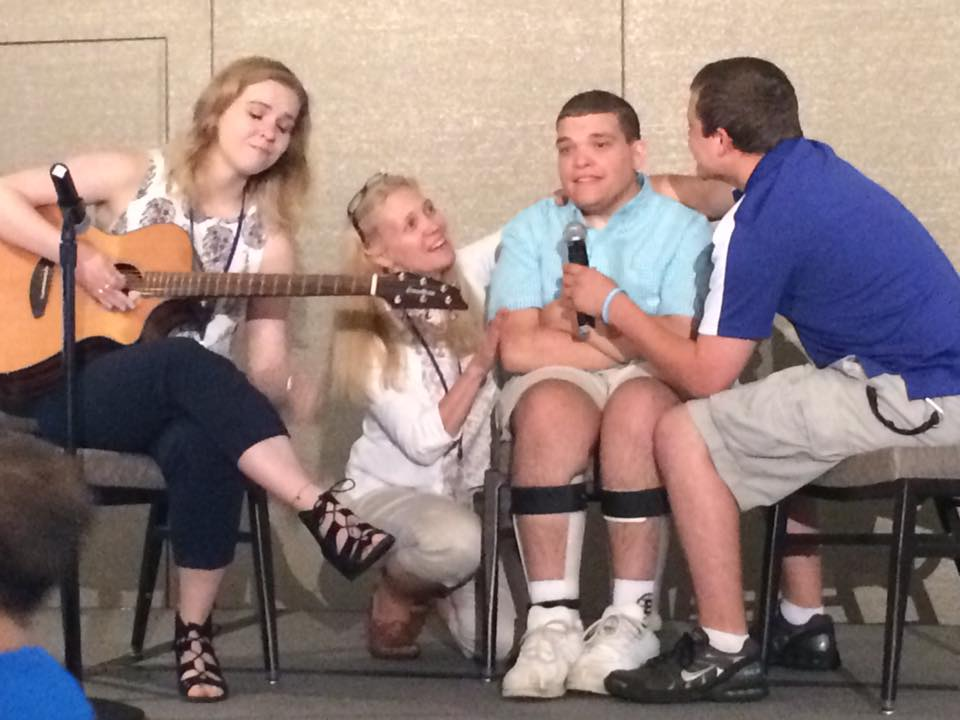 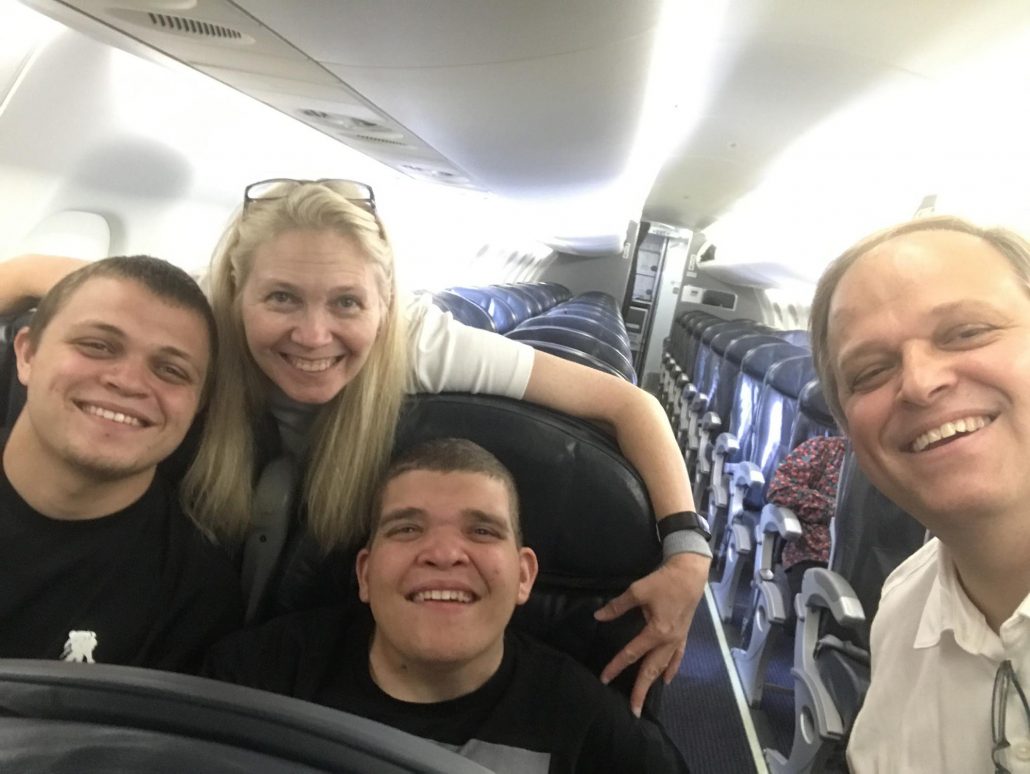 The Mowat-Wilson Syndrome Foundation was the grand winner on Food Network’s Chopped on its Grand Holiday episode aired on December 5th, 2017. Chef Adam Greenberg, a three-time winner on Chopped, won the battle over three other undefeated competitors. What a great show! Adam chose the MWS Foundation to receive the $10,000 grand prize.

Adam’s sister, Katie Fineberg, is a director of the MWS Foundation and mother of Zoe. 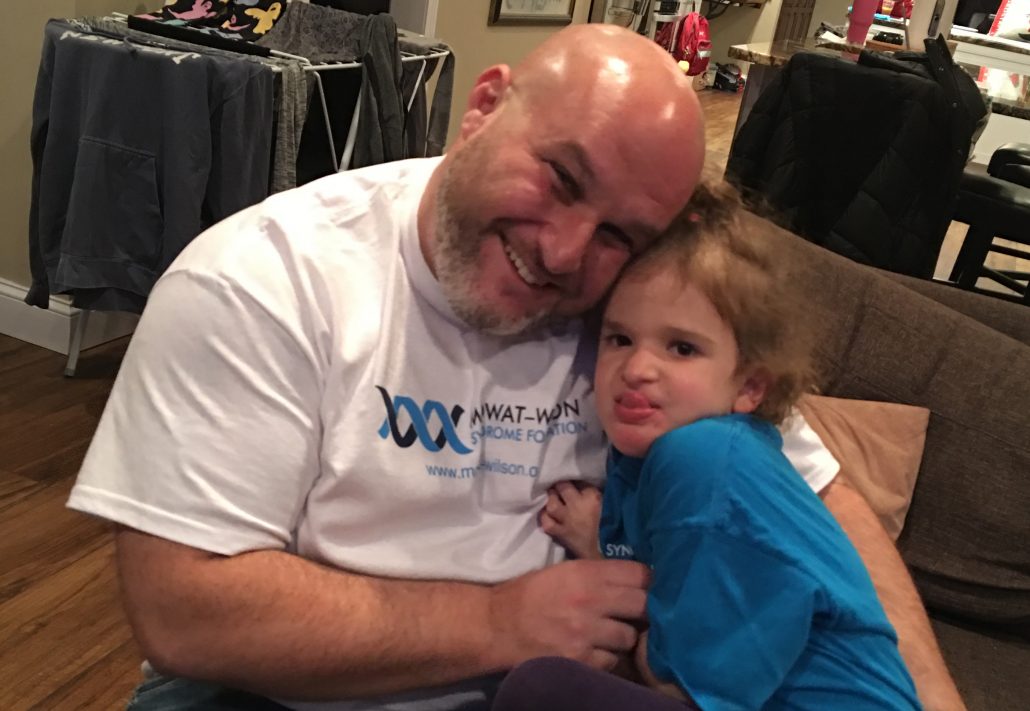 “Zoe is very special to me. She is one of four nieces and a nephew on this side of my family. Although Zoe has Mowat-Wilson Syndrome, she and I have a strong connection. I am inspired by her ability to love, laugh, and express how she feels with me. I’ve always spoken to Zoe as if she is just like everyone else I speak to, and she always knows how to get what she wants. As a family, we all wanted to learn about Zoe and understand what was ahead, and I think what we’ve all gotten back in return is far more valuable than anything we could have imagined. She is pure love.”

We want to congratulate Chef Adam for winning such an amazing challenge and thank him for choosing the MWS Foundation.

We had eight great workshops at the 2017 Conference in Washington DC. Here are the slides and the audios.Feel free to share!