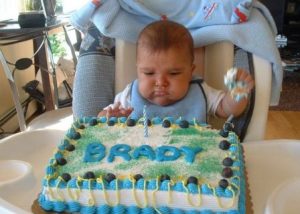 When I was 36, I became pregnant with my third child, therefore prompting a routine amniocentesis.  We were given news that there was a problem with our Baby’s Chromosome.  Chromosome number 20 was inverted.  We went to a genetics counselor and they were not able to see any missing information but there still could be a chance that something could be wrong with our Baby.  We had some high level ultrasounds done to see if there was anything majorly wrong with our baby, there was nothing that they could see.  So we prayed and hoped that our baby would be healthy and normal.  My pregnancy was normal but a bit different than my other two.  I felt less movement and it seemed that I was a bit smaller than the other two pregnancies’.  Brady weighted 7lbs 6 oz. and he was smallest of the other 4 children.  We noticed right away that he had a very pointy chin, bushy eyebrows and funny looking ears. He didn’t seem to be able to look at us at all and his eyes were all over the place, they weren’t aligned. He had a webbed penis and Mongolian birth mark on his bottom.   He had some extra nipples and swirling of the skin. We named him Brady Nicholas.   Nursing was difficult, his lower lip was in his mouth all the time. The doctors and nurses said that he was sucking on his lip in the womb and was the reason he had a hard time nursing.  But it seemed to be more than that.  Brady nursed for 4 months.  We had concerns about his development.  Since my husband and I had other children we knew there something not quite right. Brady would also cry so hard he would stop breathing and turn purple. It was usually during diaper’s changes, he didn’t like the feeling of being wiped. At 5 months old. Brady received services through Reach PT OT 1x per week due to his development delay and CP.  Brady had high tone in his extremities and low tone in his trunk.  He was just like a little ball.  He stayed in the fetal position most of the time.  At 10 months old he had his first visual seizure they were called Infantile Spasms.  The doctors prescribed him a steroid treatment by injection called Acthar.   My husband and I injected him every morning for three months.  It was awful, he swelled up like a balloon and his skin turned very dark and it made him more irritable.  After his treatment he gave us his first smile.  He was 13 months old.  It was the best thing ever!  He was seizure free for about 9 months until May of 08’ he had a reaction to a vaccination given, it was a Grand maul seizure lasting for 1 hour.  The ER finally stopped it by overdosing him with valium, then he had a focal seizure and he was given another over dose of valium. He stopped breathing both times.  It was very scary.  He was hospitalized in CCU for 1 week. He had some facial paralysis for a few days and then back to being almost himself in about 2 weeks. Brady was put on medication permanently for seizures after that.  He is on Zonegran 50 mg. 1x a day.  Brady had another mild seizure in August 08’ his eyes were to the right and he couldn’t get them out of that position it was upon awakening.  This was due to the onset of viral Pneumonia he was hospitalized for 5 days.

We just had an appointment with a traveling Geneticist 09/08, he was coming through our small town of Juneau Alaska from Children’s Hospital in Seattle.  He took one look at Brady and knew what he was seeing.  It was amazing! he was a godsend.  We had the final confirmation on October 21, 2008 from the blood work taken in September. It was Positive Mowat-Wilson Syndrome. We are undergoing more testing for Brady’s kidneys and heart. Our little blessing he has taught us so much and has given our family the gift of knowing true and unconditional love.

As for Brady’s condition now 10/08.  He is making eye contact, making connections with toys, sitting unsupported for around 1 minute, The left side of his brain is where all of the seizures took place so the right side of his body is weak prompting the wounded soldier crawl. Brady is not able to walk or pull himself up on anything he doesn’t mimic or speak or wave goodbye yet.  He is 26 months old. 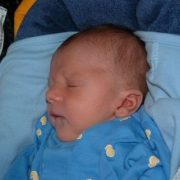 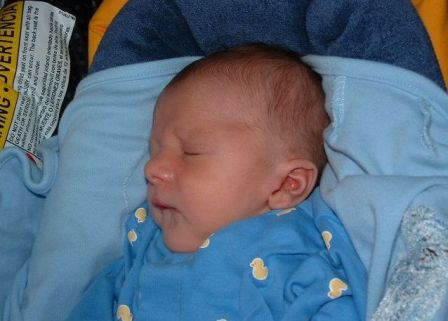 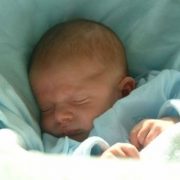 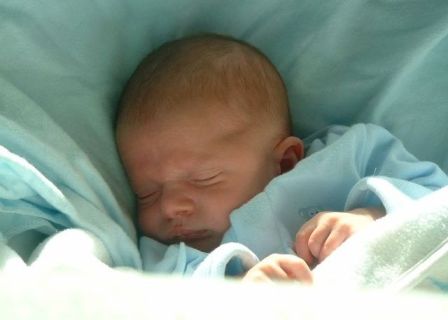 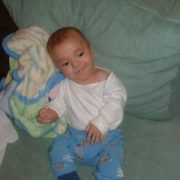 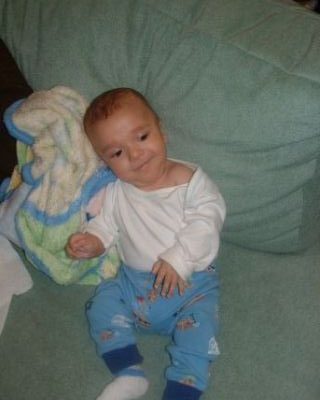 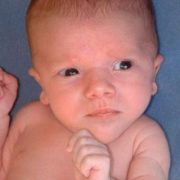 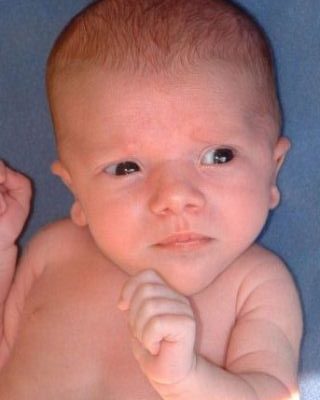 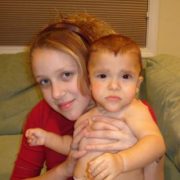 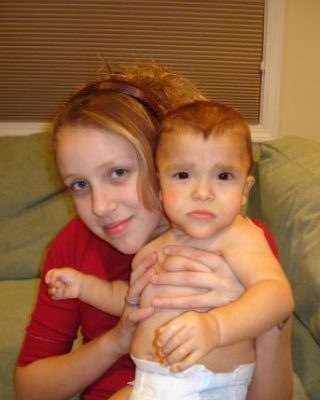 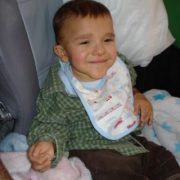 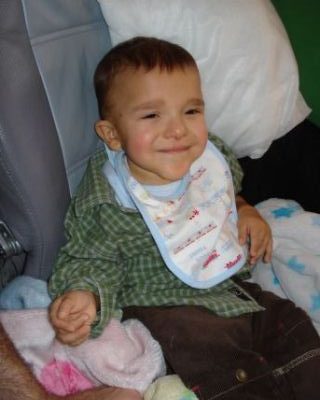 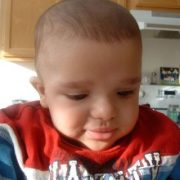 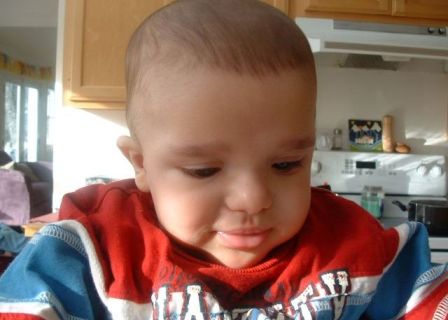 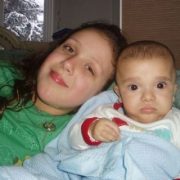 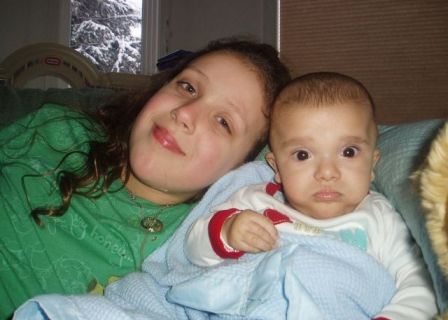 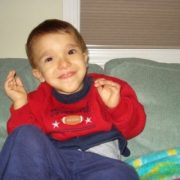 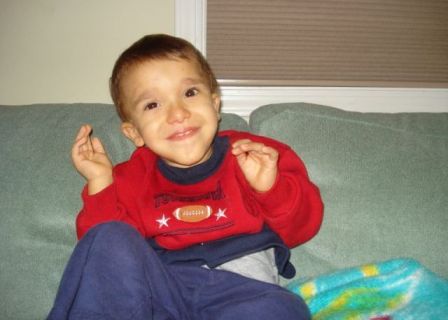