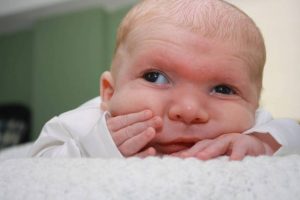 This is our story:

Clayton was born on November 19 2008. He was 7 lbs 14 oz. and 18 inches long. He was directly admitted into the NIC unit at the University of Utah hospital. Hours later he was transferred over to Primary Children’s Medical Center (the hospitals are connected with a bridge). He was later intubated because he could not breathe on his own.

When Clayton was six days old he went in for open heart surgery to repair a hole in his heart and to fix his aorta. He had a Coarctation (narrowing) on the aorta and three of his valves were malformed.

At 12 days old Clayton had a colostomy done to fix his Hirschsprung’s. Then in April of 09 he got the pull through surgery done to hook the colon back up.

Clayton was in the NIC unit for the first three month of his life. He has had 7 surgeries and one more in November of 09. He has had a stomach, diaphragm, thoracic duct, and 2 surgeries to put in central lines. The next surgery in November is to pull his testicles down. They are also going to do an eye exam and put tubes in his ears while he is under.

We got the genetic testing back in January of 09 that Clayton in fact had Mowat-Wilson Syndrome. We had never heard about MWS before this and we didn’t know what to expect.

So we are doing everything we can for Clayton. He has therapy that comes to our home several times a month. He receives physical, development, occupational, feeding and speech therapy. They each come twice a month. That has helped a ton!

We are also very blessed to have already known sign language. We stated it with Clayton from day one. He is now 11 months and can already say “mom, dad, grandma, grandpa, dog, monkey, like, and eat”. He also seems to understand most of what we are telling him.

Clayton has lots of people that love him.   We have a great support group. Clayton has an older brother, grandparents, great-grandparents, uncles, aunts, cousins, great aunts and uncles and a large church group that all supports us. Most of our family also knows sign language and those that don’t are willing to learn.

Clayton has had his surgery to bring down his testicals. everything went well! That makes a total of 8 surgery’s in less then 1 year.

We also celebrated his first birthday. He liked the wrapping paper and new toys! but he didn’t like all the noise and people there, it was to much for him.

Clayton can now say about 10 words in sign. We have had a lot of good come from signing. He is able to tell us most everything he needs. He understands far more then he can do. I can talk to him in sign and he knows what I am telling him.

He is off all but 2 meds he takes a cultural probiotic and reflex meds. He is doing well on those. He has not had a diagnosed seizure as of yet but he does have little episodes that he gets upset and stops breathing and passes out. once he comes around, 2-3 min later, he is very tired and will sleep for 1-2 hours.

Clayton is still getting therapy 2 times a week. He has shown lots of improvement in most areas.

Clayton can’t yet crawl or walk but he does roll over but not very often. He can sit with support and will soon be doing it without!

Clayton still eats from a bottle. He can eat baby foods but it is very hard for him it will take an hour to eat a very small amount. He does not know what to do with it. He gets tired easy.

Overall Clayton is doing great! He is a happy kid and enjoys playing with his older brother. He loves music of any kind! He likes to play with his dog, who he asks for all the time. He also enjoys riding our horses, he likes to get on with his Grandpa or will ride on his own with me following along side to hold him on. He loves to be outside. He is such an joy in our lives! We are so blessed to have him here and doing so well. He amazes the doctors and therapists daily with all that he can do. We love him so much!! 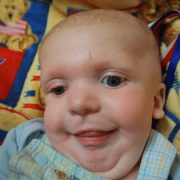 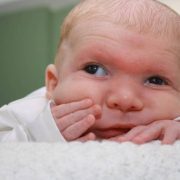 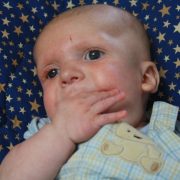 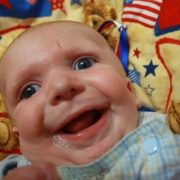 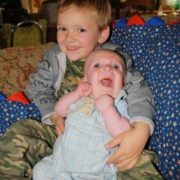 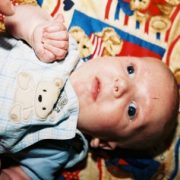