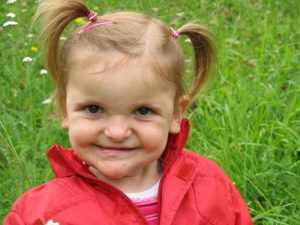 We’d like to introduce you to our daughter Dagmar.

Dagmar was born on March 21, 2005. She was indicated with MWS when she was about 1,5 years old. In spite of all the worries we had and still have about her health, her development and the fact that she will never have a normal life, we love her and enjoy her being around every day. With this story we try to tell something about our lives with Dagmar and the world we entered since her birth. We really hope that everybody will realize that having a child with MWS isn’t just bad, it also brings us a lot of joy, love and happiness. This is our story.

Dagmar was born after a normal pregnancy of 39 weeks. We were happy to have a little baby (of course the most beautiful one in the world) and everything seemed to be okay, so we could take her home from the hospital the same day she was born.

The problems with her health started in the first week. Dagmar didn’t drink enough and didn’t keep the right temperature. We tried different types of bottles to give her the milk she needed. Two days after her birth the obstetrician told us that Dagmar had some strange facial characteristics such as wide spread eyes, broad nasal bridge, lifted earlobes, pointy chin and fingers and a small upper lip. We were advised to bring her to the hospital for some medical investigation.

After two days we visited the hospital for the medical investigation. Unfortunately Dagmar had drunk so little the first week that she was totally dehydrated. Instead of getting a medical examination she was put in an incubator to grow stronger. After three days we could take her back home. In the meantime we had started a chromosome-examination. Nothing was wrong and this was the beginning of a wonderful period in which we could enjoy our new baby.

The examination.
In the summer of 2005 Dagmar was quite often sick and ended up in hospital several times. In this time we started to realize that Dagmar didn’t develop in the same rapidity as other children of her age.  But for us it was no reason to worry at that time.
In November 2005 (Dagmar was 8 months old) she ended up in

again because of pneumonia. During her stay there the doctors told us that they worried about her development and suggested a brain examination. We agreed and during her stay in

We went home and after a week she got another fever. This time it was caused by an infection in her bladder. She ended up in hospital again and during this stay we heard the result of the brain examination. Her Corpus Callosum was a lot smaller than it should be.

From that moment everybody was convinced that the disorder in her Corpus Callosum was just a part of a bigger “something”, but no-one could tell us what that “something” was. During four months we visited the Erasmus Medical Centre in Rotterdam several times. Her eyes, ears, heart, brains, blood, liver, kidney and her DNA were tested. During these months she was very often sick. It was hard to see that our little girl spent so much time in hospital instead of being in the kindergarten. Finally in April 2006 we were told that our daughter might have the Mowat Wilson Syndrome. To confirm this her blood had to be brought to a laboratory in Germany and it took no less than another four extra months before MWS was confirmed in August 2006.

In August 2006, when she was 17 months old, she started to develop epilepsy. This was the start of another tough, insecure period. Again she ended up in hospital several times . The seizures took often more than one hour and caused a lack of oxygen. Therefore she had to be brought to the hospital immediately.

Her last big seizure happened in March 2007. From that moment the neurologist found a combination of medicines (Depakine / Keppra) that has worked since then.

Since we heard about MWS we found out that not knowing anything is much worse than the knowledge that your child is diagnosed with MWS. On this website we read all the stories and just like everybody else we recognise a lot.  By reading these stories we realize that it could have been much worse. Dagmar has no heart condition, no Hirschsprung’s Disease and her liver and kidneys work correctly.

Of course your world falls apart the moment you hear that your child is retarded so badly. You enter a complete new world you never were conscious of (at least we weren’t).

But you’re not alone in this new, even interesting world! You find out that a lot of lovely people care about these children and give them the attention they need.

The development of Dagmar goes quite well for a MWS-child. We stopped visiting the normal kindergarten when she was 15 months old. Since then she has visited a kindergarten in Rotterdam (www.rolykids.nl) twice a week where she gets extra attention. She plays with “normal” children and she develops a kind of social behaviour in her own way by contacting other children and play with them.

She also visits a special daycentre in our hometown Delft twice a week, where she gets extra therapies, such as physiotherapy, ergo therapy and speech therapy. Each Friday we swim with her in the daycentre and she enjoys swimming very well (she loves water!).

Because of all the extra attention Dagmar was able tot sit independently at the age of 18 months. She started to move about on the floor at about 21 months. At 30 months she could crawl and at her third birthday she was able to walk around the table by herself. She helps us while we get her dressed and undressed.

Since a couple of months we can see a great development in the function of her hands:

From the beginning Dagmar had very stretched arms and hands. She held her hands behind her head (the way she still sleeps!) en her thumbs tucked in her fists. Now she is able to grab almost everything she can reach (which can be very dangerous!). She puts a lot of things in her mouth and she helps us with feeding her by holding a spoon and bringing it to her mouth.

Dagmar is very interested in the world around her. She loves to read (look at) books and magazines. She can enjoy herself for an hour, but she is also able to ask for attention when she wants to. Dagmar is a very, very happy child and smiles a lot!  She is able to love and enjoys being loved. She can sit on your lap and keep on hugging or just sit still and enjoy your presence.

She starts to understand easy commands like “come”, “kiss”, “eat” and “don’t”. Although she doesn’t speak she can make things clear with her body language. By the naughty smile on her face we conclude that she knows when she is doing things that she is not allowed to. But hey, she is still a little girl!  Little girls try to expand their borders and try to challenge their parents, which is good!

We are convinced that she is able to learn and to develop much more if she keeps getting the right attention.

We try to live our lives as normal as possible, sometimes with a lot of help from our parents.  We cycle through the flat Dutch landscape and she enjoys looking around. We visit the animal farm and the zoo and she tries to touch all the animals. She loves to sit on a swing in the playground. We take her on holiday in Holland, but we also went to France, Switzerland, Germany and Austria with her. In march 2008 we even went with her to Innsbruck (Austria) by plane for a holiday in the snowy Alps. We see her enjoying everything we do!

Having a child with MWS changes almost everything in your life but not only in a bad way! Dagmar taught us a lot about the world and things in life that really matter. For that we are very grateful to her. We love her with all our heart and wouldn’t trade her for anything in this world. In that way Dagmar is just a lovely little girl, exactly the lovely little girl we hoped for! 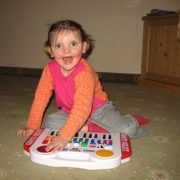 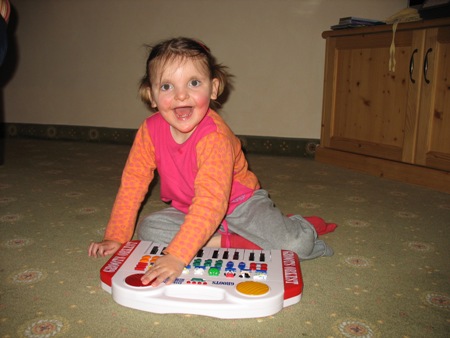 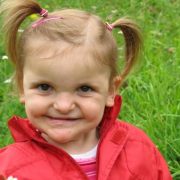 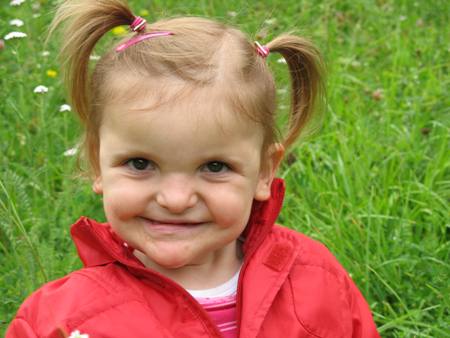 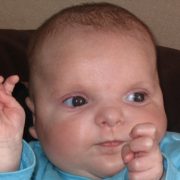 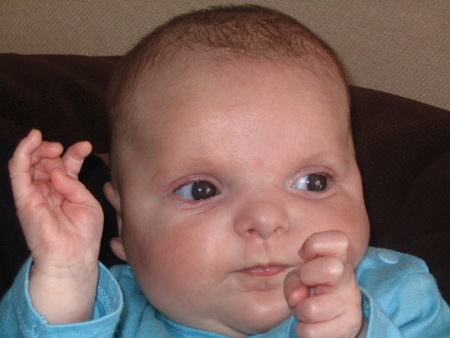 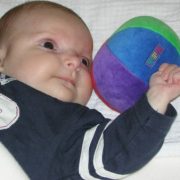 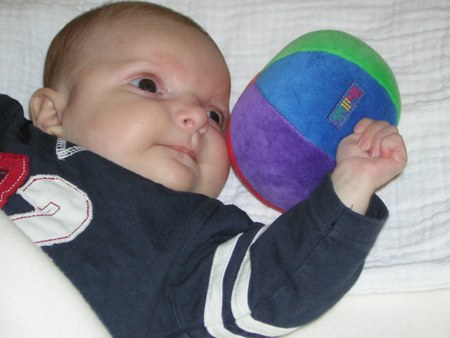 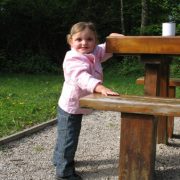 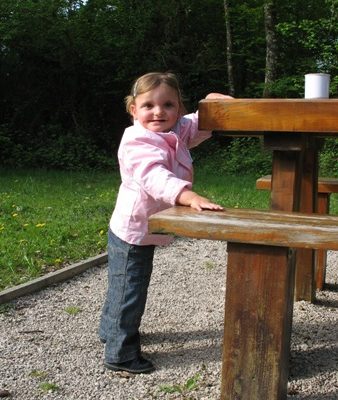 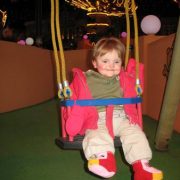 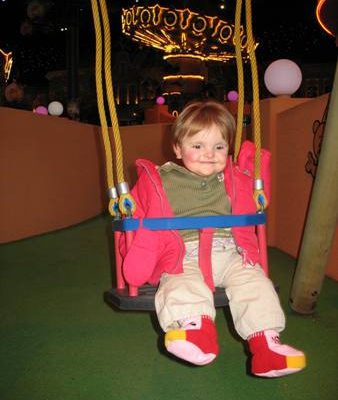 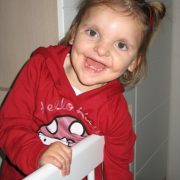 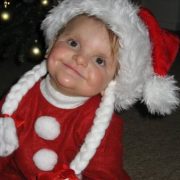 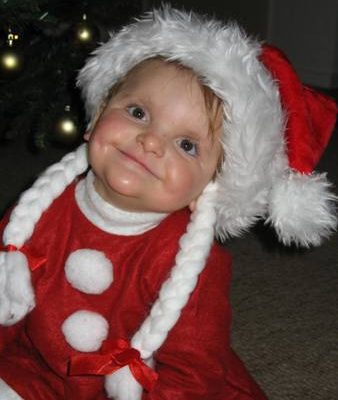 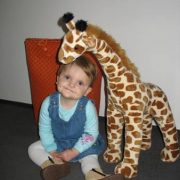 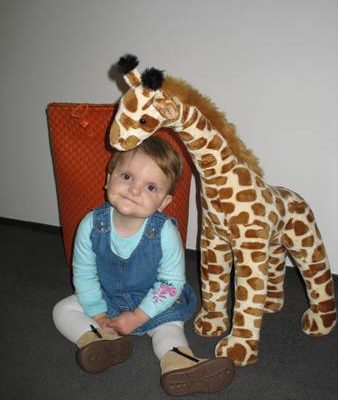