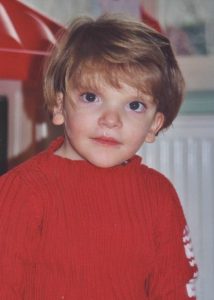 She was diagnosed with MWS one month ago on January 2005.

At 3 months pregnancy doing an ultrasound I was told that the nape of my baby’s neck was “broader” than it should be. After an amniocentesis we were told that we were waiting for a baby girl without chromosomal abnormality.

Two days after Romane was born, they discovered that she had an heart problem (a valve pulmonary constriction and aortic insufficiency but not too severe) and from that day on every doctor we met just asked the same question “ Has anyone else in your family this “strange” shape of ears ?  !!

She spent the first two months of her life screaming. She has lots of difficulty to have bowel motion but was diagnosed with a simple constipation.

Months went by and day after day I realized that she was different from her sister [Romane has a sister Lea who is now 9 years old and is very healthy]. She could have stayed hours long in the bed without being upset, she would never scream for eating

(People used to say that I was so lucky to have such a quiet and nice baby but I knew that something was wrong!). I really had hard time to convince the doctors to carry out some tests.

We began genetic researches, and at first searched for a syndrome called “Allagille Syndrome”.

At the age of 1 (right for her first birthday) she had a first very long seizure (several hours!) She was transported by helicopter from the small hospital of our town to the nearest bigger paediatric centre where she stayed in the intensive care unit. At that time we didn’t realize that we were very close to loose her as she did a multi-visceral failure (all vital organs were damaged). She had to be transfused and needed help of a machine to keep on breathing. After days of huge tense they discovered that all this was caused by a “pneumocoque” bacteria and said that there was no connection with her other problems.

The consequences of this episode were deep necrosis  on elbows, fingers, ears and particularly on calves where she kept very large cicatrize. Her spleen also totally disappeared and from that date on she has been taking antibiotic every day. Six months later she had another long seizure and septicaemia  but at that time doctors of the paediatric intensive care unit knew her and were able to act more rapidly.

Since these two episodes she has been around 15 times in the hospital but for much “lighter” problems:

–        each winter she had to be put drains in her ears as she had chronic glue ear which caused severe lost of audition,

–        we went to the hospital also because for a while she used to wake up in the middle of the night and scream one hour long and we couldn’t quiet her. After being under control during the nights in hospital they discovered that she had night seizures during her sleep.

For nearly one year we didn’t go to the hospital (I mean going “in emergency” and for long stays) and I have the feeling that she tends to be stronger against all external ”attacks”.

Her seizures are under control thanks to Mikropakine and Urbanyl.

Having 9 months she began to go to a specific centre for very young children with premature problems of development. She began physiotherapy twice a week, psychomotricity and “awakening” in swimming-pool. In this centre I met a wonderful paediatrician who years after years brought me wonderful support.

She began to walk at the age of 4 but has still problems of balance.

From 1 to 3 she also went twice a week to a “normal” crèche . It was very useful as she used to be very anguished, timorous and feared from noise, movements and everything new.

Later we fought hard to have a specific teacher aid and managed to have her going to a “normal” kindergarten thanks to really volunteer kindergarten mistresses. It was a great experience. Everybody at school from children to other parents was lovely with her and took good care of her. It really helped her to change a lot.

After one year we were told that a place was free in a specific centre for disabled children 20 km away from home. (I don’t know in other countries but there is a huge lack of place in such centres in France). We had to take this opportunity although at that time it was painful because I had the impression to give up definitively a sort of normality … Today I am so happy that we took this decision, for two years she has been making so many advances.

Every day at 8 am she is going there with a taxi, spend the whole day and comes back at 5 pm (except on Wednesday and week-end). We have daily contacts with the educative team by mean of a “linkage copy-book”. They are very attentive to our living and it’s just great because she has all kind of activities (included in the coming months a full week holidays on seaside in the south of France with the 6 friends of her group. Imagine, it will be the first time she is away from us. If we manage this, I will be proud of this “first little step of autonomy” !!!)

Romane has no speech but she understands more and more (not to say almost every thing). She has around 10 “significant” words (the following ones are said correctly: mom, dad, Lala (her sister Léa), Kika (her dog although it is quite difficult to pronounce), bread, foot, hand, bath, and some others which are shortened but always designate the same thing : car, cheese, more (in the sense “I want more”…..)

We are planning to set a communication system and are looking for the most appropriate (perhaps PECS ?) The MW website and email list will be very helpful. (as for many others items !!!!).

When she wants something, she takes your hand to accompany her and point it out. ( she only began to do it at the age of 4).

Just like in all other stories I read in the MW website I only can say that Romane is a lovely little girl. She is more and more tender and she does not cease wondering us. She now enjoys very much being with other children.

I often say that I have two separate lives, the first one ended a day of June 1998, and the second one just began the same day… Her arrival changed many aspects of our lives and the way we are as human being. It made me absolutely changed the way of considering life. We go through very hard time and I guess it will be so the rest of our life but it also enabled me
– to know very nice people (and terrific doctors or “professionals”  as well !!!)

– to realize that I have a wonderful family and friends, especially my parents which are steadily of a great support.

– to be (I think) much more tolerant and to want to help the others. 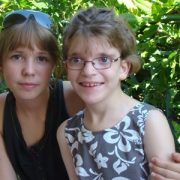 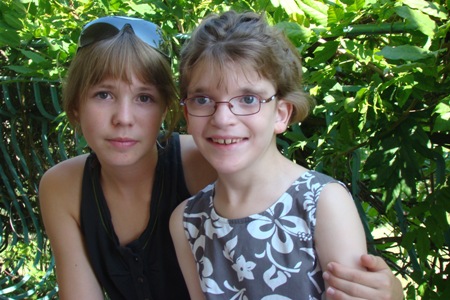 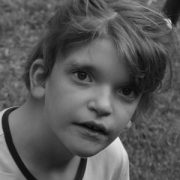 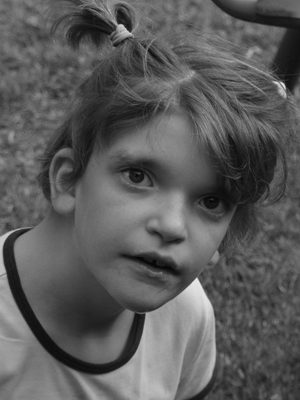 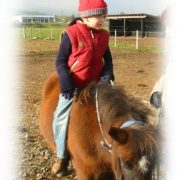 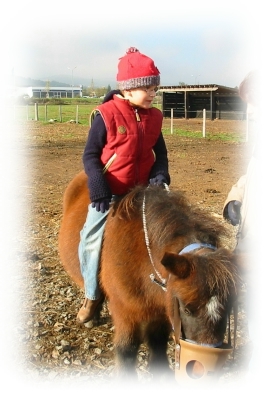 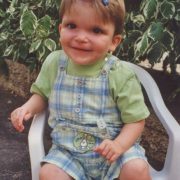 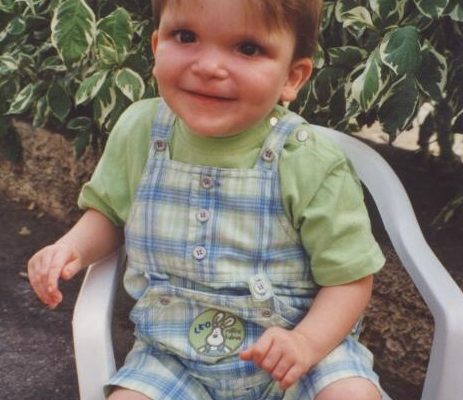 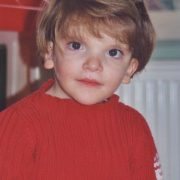 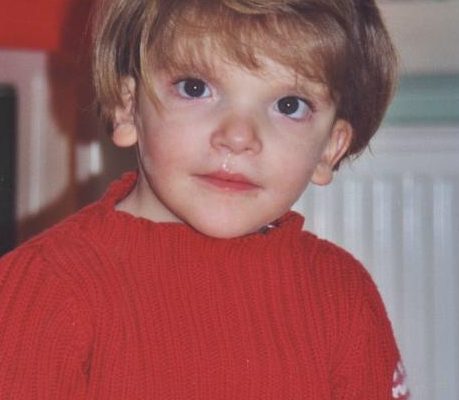 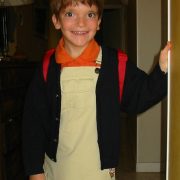 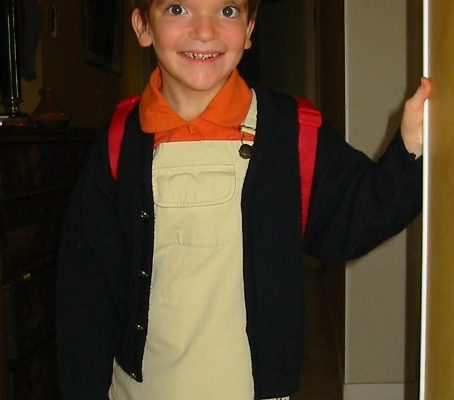 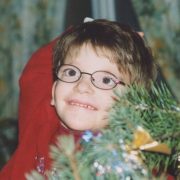 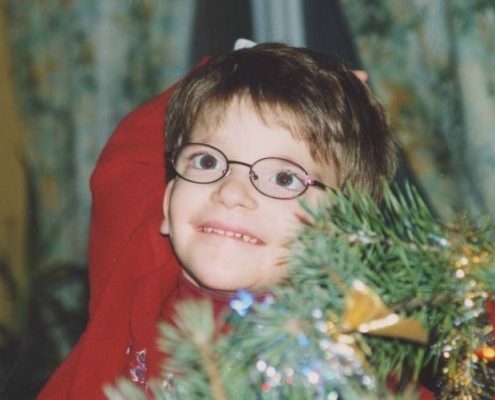 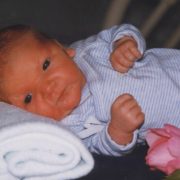 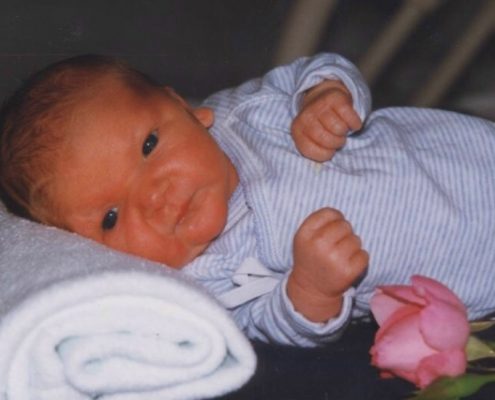