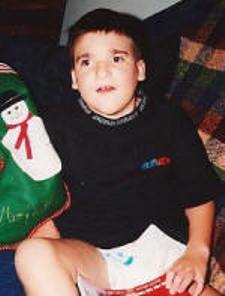 This Story was written in 2000 for a Hirschsprungs Newsletter

Sam is our second child born on 23rd April 1993. He has an older brother Tom and younger sister Sally who both enjoy good health. The pregnancy with Sam was difficult. At the first ultrasound a suspected kidney problem was seen, but after four more ultrasounds we were told everything was fine and that the first ultrasound was wrong. I went into labor feeling something was very wrong. Unfortunately it was.

When Sam’s cord was cut after delivery it was found that instead of the normal 3 vessels his cord only had 2. The mid-wife told us this could mean Sam had problems with his kidney or heart and of course we thought it must be his kidneys due to the first ultrasound. As it turned out his kidneys were relatively OK but his heart was not. His color at birth was a deep crimson and he screamed non-stop and would not feed. During his first few weeks on three separate consultations with pediatricians we were told Sam was OK and was a healthy baby.

At six weeks of age, we took Sam to the Baby Health Clinic and the nurse advised us to take him straight to Hornsby Hospital due to his poor color. He then became gravely ill and was transferred to Kids’ Hospital with very low oxygen levels in his blood. Later that day he was transferred to intensive care although the hospital was still unsure what was wrong. At 3 a.m. he had a heart scan and was found to have major complicated heart disease.

Sam’s heart defect is Pulmonary Artesia with VSD and Mitral Valve Stenosis. We were advised at this time, Sam would need a lot of surgery and medications for life. After a week or so we took him home on medication as his first cardiac procedure could not be performed until he was three months old. When we returned home however, Sam continued to deteriorate in all areas – he would not feed, screamed continuously, had offensive wind and up to 20-30 dirty nappies per day. Life was hell.

Nothing we did could soothe Sam — he continued to scream day and night. He would not feed and as a consequence failed to thrive. By the age of two months he was being fed through a NG tube.
Sam was in and out of hospital continuously for the next three & a half years for surgeries, infections and procedures. The following describes Sam’s many additional conditions as they were detected.

During these years constipation and severe wind had been an enormous problem for Sam. Years of laxatives, enemas and suppositories had failed to ease his pain and suffering. We had also tried many medications to try to help Sam digest his food and gain weight, all to no avail.

We also sought opinion and advice from many doctors and specialists to find out why Sam screamed and was in constant pain. Despite all our efforts nobody could give us an answer except that it was probably due to his “developmental delay”. We knew this could not be the case.

When Sam was about 3-1/2 years he had acute abdominal pain and distention and as his usual pediatrician was on holidays, we were referred to a new pediatrician. This doctor then took more bowel x-rays and felt there was indeed a problem and phoned Sam’s surgeon. The surgeon then ordered a barium study and while awaiting these results the barium caused a large bowel obstruction. Sam then had to go to theatre to have the barium surgically removed. While in theatre the surgeon took biopsies of Sam’s bowel and after a few more days he came to the ward and told us Sam has Hirschsprung’s disease.

Our first reaction was relief to know the cause of Sam’s pain all these years and we began to hope that Sam may be “pain free” in the near future.
Anger soon followed that Sam had been left with this condition untreated for so many years when we had asked, even begged for someone to help him. In hindsight, Sam has had all the symptoms of Hirschsprung’s since birth but these had been overlooked. Had a thorough examination been carried out early in Sam’s life he and our family would have been spared a lot of pain and suffering.

Soon after diagnosis Sam had a temporary colostomy made, followed by a Duhamil’s pull-through and about three months later the colostomy was closed. His surgeries had to be close together as his main cardiac surgery had been cancelled due to the diagnosis of Hirschsprung’s. The cardiac surgeon would not do heart surgery whilst Sam had the colostomy as he has a poor immune system and had suffered many episodes of septicemia and the surgery would have put Sam at great risk of further infection.

The first six months after closure were the happiest Sam had been. Although he was having up to 20 motions each day he seemed comfortable and was eating more than at any time in his life. This did not last and after a while Sam’s bowels started to slow down and he began to have acute and sub-acute obstructions. His weight fell and once again his pain became unbearable. We began to look for new answers.

Unfortunately a problem with Sam’s treatment has been his inability to communicate through speech as to where his pain is and whether he is nauseous etc.

So many things happened over the next year or so with doctors and treatments it is difficult to remember the exact sequence of events. It was finally decided that Sam should have a permanent colostomy which was made in 1999. Once again this seemed to be the answer for another six months, but Sam has since had continual problems with obstructions and severe pain and gastric stasis. The last surgery he had for obstruction caused by adhesions was about two years ago. Sam’s health has been up and down with various illnesses since then.
Sam is a long way from being a healthy boy but at nearly nine years of age his health is probably the best it has ever been. He is still being fed via gastrostomy tube although he will eat some foods orally but not consistently. Favorite foods being McDonalds fries and Freddo Frogs and he can drink apple juice from a popper bottle.

We enrolled Sam in our local school last year and he is supported by a teacher’s aide. When he is well, he attends three to four days per week from 9am-lpm and loves it!

Sam is very affectionate and although he still cannot speak he understands simple instructions and enjoys playing on his computer, watching his favorite videos, looking at books and listening to music. Sam is also very happy in our pool and would stay there all day if allowed.

Sam has seen geneticists throughout his life and until discovery of his Hirschsprung’s they were unable to classify him into a syndrome. Now however they have published a group of children (including Sam) who have similar features and illnesses and although research is still continuing a gene has now been identified and this syndrome should have a name in the near future. 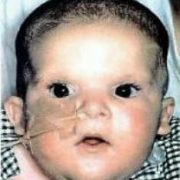 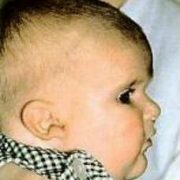 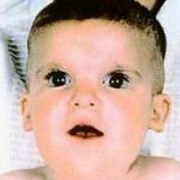 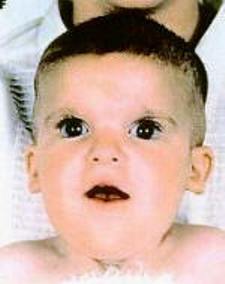 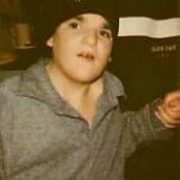 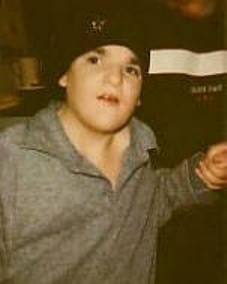 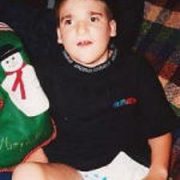 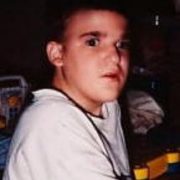