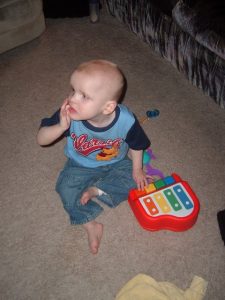 This is my story about my beautiful son Samuel, born 10-19-2004, who has Mowat-Wilson Syndrome.   My pregnancy with Sam was the easiest pregnancy that I had out of my three children (Sam has a sister, Heather who is 12 years older than he is and a brother, Austin who is 4 and a half years older) hardly any sickness, no signs of probable miscarriage, no severe headaches and so on. We went in to have an ultrasound at 22 weeks pregnant, to check Sam’s feet (our other son had club feet) and his overall health, I remember before that appointment I kept praying that his feet were ok, at that point that was the hardest thing I had to watch one of my children go through. We were very happy when we heard they looked great but knew something was being looked at too long. At the end of that appointment we were told our son had a VSD, borderline nuchal thickening and marked right pelviectasis (enlarged kidney) these were some soft markers for Down syndrome.  We started having regular fetal echos and regular ultrasounds and always walked away hearing even worse news every time. We decided not to have an amnio; we felt it was not worth the risk. As we got closer to delivery we had to change plans from a birth center (comfortable, very little medical intrusions friends and family close by) to a very closely watched extremely medically involved delivery thinking we probably would not even get to hold our son when he was born. Delivery day came with just under 12 hours of induced labor (fast for me) and we were scared when he was born. Sam was extremely blue and would not cry or breathe for a few and the NICU team had to work with him aggressively. They finally got our Sam to cry and let me hold him for just a moment (thanks to his dad, he felt it was important that we get a sec) before they took him in an incubator to the NICU. He was the biggest baby there at 8lbs 13ozs. 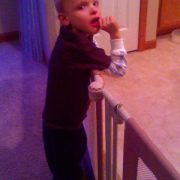 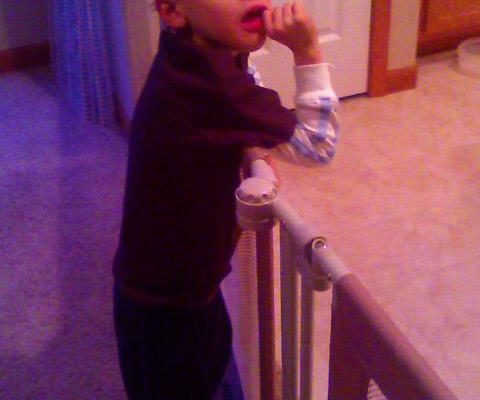 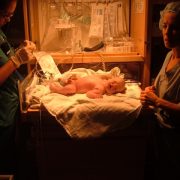 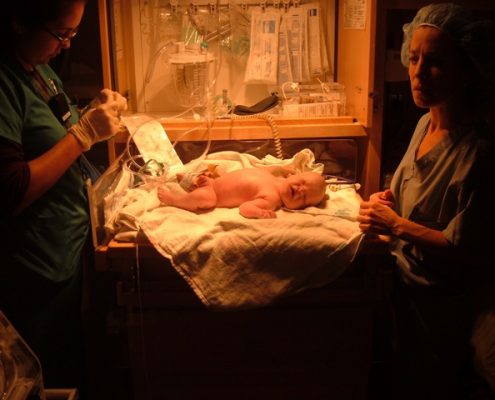 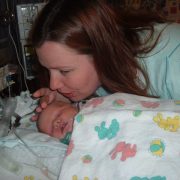 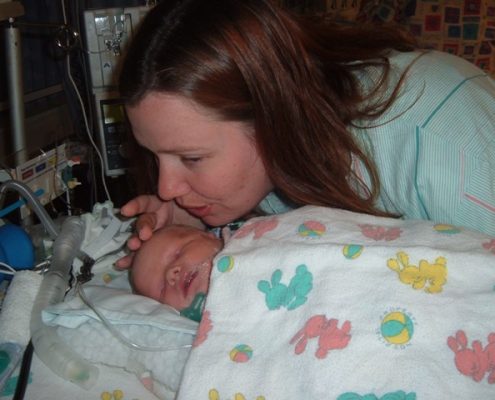 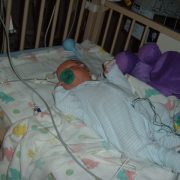 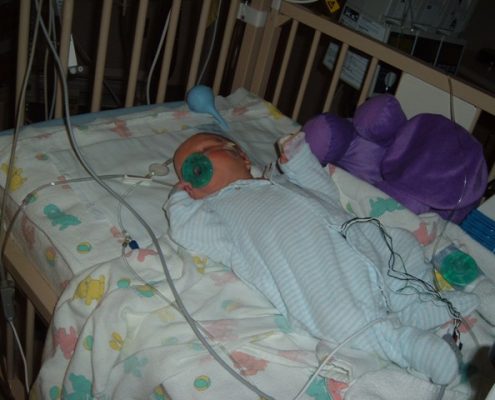 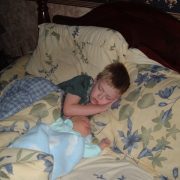 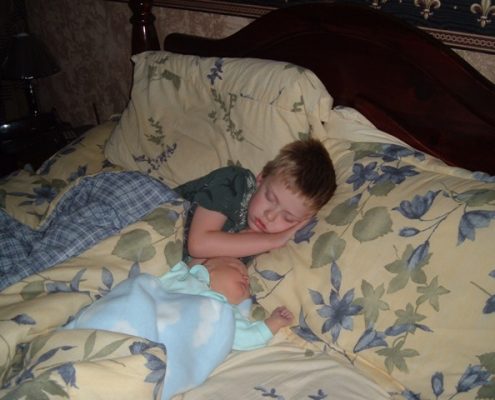 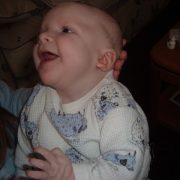 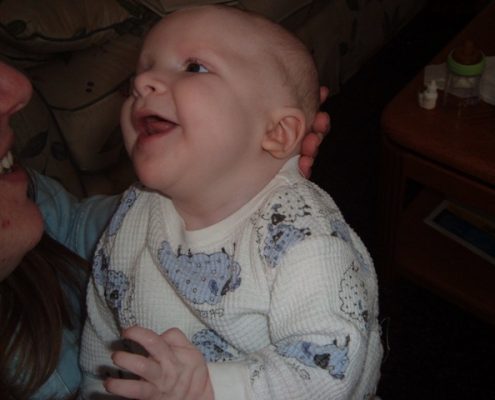 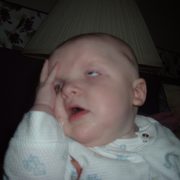 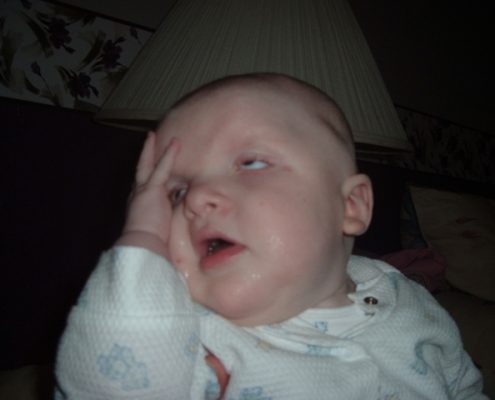 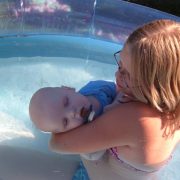 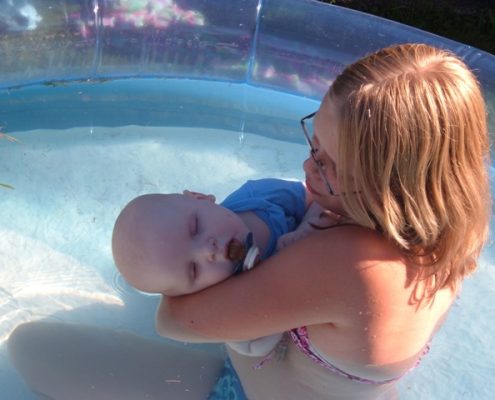 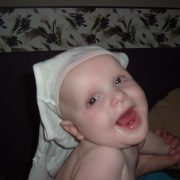 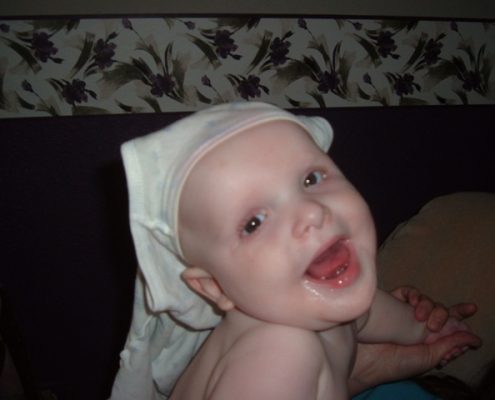 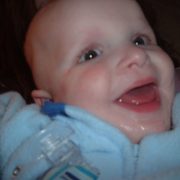 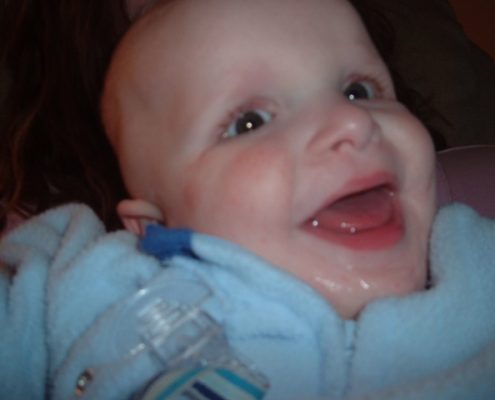 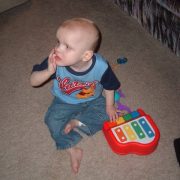 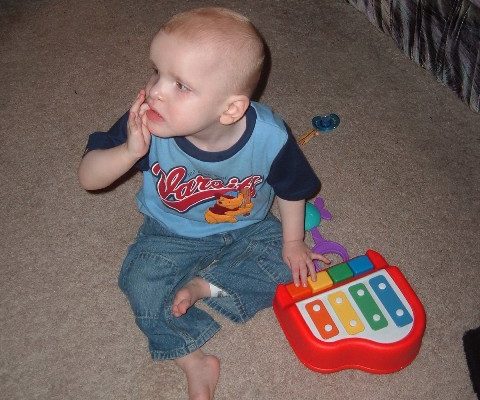 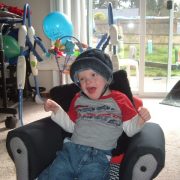 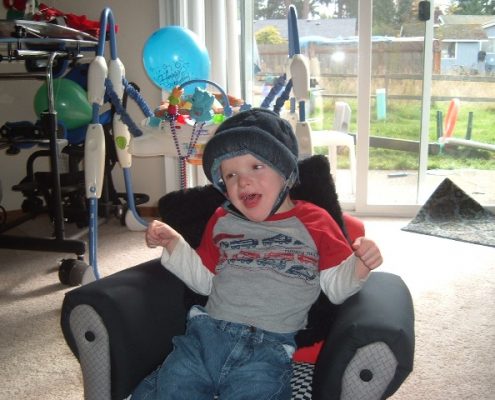