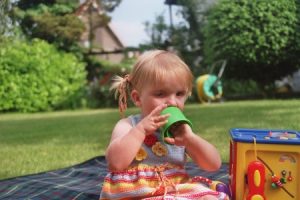 Dear Dave and Debby,
Here we are with the story of our daughter Soetkin. Soetkin was born on the 8th of April 2004. During the pregnancy the doctor saw that there was one kidney that wasn’t working (polykistisch in Dutch, I don’t know the English word). They also saw that the baby had a clubfoot. The doctors decided for a premature birth when they saw the second kidney was not functioning as it should, and so she was born after 36 weeks of pregnancy. The first day of her life they gave her a nefrostomia , because she wasn’t urinating. In the first week she began to have problems eating, her tummy began to swell, and they discovered she had Hirschsprung’s disease. At that point the doctors told us she probably had a syndrome, because there was too much going on. We didn’t know then that they were already thinking about Mowat Wilson, because of her facial features (earlobes, eyes deep set en wide spread). Soetkin had an operation in the beginning of May, and recuperated fast. She came home the 20th of May, and back in hospital the week after that. The first 6 months were very hard for us. Soetkin was in and out of hospital, and we had a three year old at home (her brother Kasper), who didn’t understand why his baby sister was always ill, and why his mom was crying so much. The fact that we didn’t get much information in hospital didn’t help. Soetkin was diagnosed in July, but this didn’t mean we became much wiser about how the future was going to be. In august the problem with her kidney resolved itself somehow, and the nefrostomie was removed. Her kidney function is now 100% ok.

We tried to find information on the internet, and found this website, that was just what we needed at that time! It really helped me through some difficult times, to read these story’s full of love and hope, in spite of all the problems and difficulties.

Finally we decided to change hospital for after one year we still hadn’t spoken a neurologist.
We now have one who is a great help and support to us. She has done several EEG which, up till now, show no sign of epileptic activity. Now Soetkin is 17 months old, and doing really fine. She is little (69cm.) for her age, and weighs just over 7 kgs.
She sits up right firmly and does attempts to start crawling. Twice a week she has kine  with a Bobath  therapist to stimulate her motor abilities.
This week she got her first tooth. ( About Bobath)
The 11th of October she will have an operation on her left foot.
Soetkin is a very happy child, she laughs out loud when her brother does something crazy, and she loves to have children around her. She also likes cuddling a lot and everyone loves holding her. Although it was hard to except she is different from other children, we now wouldn’t want it any other way, because we believe she brought so much extras in our lives. 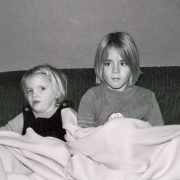 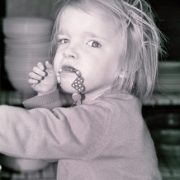 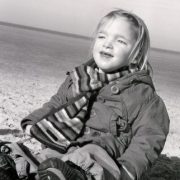 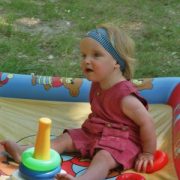 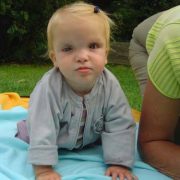 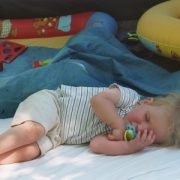 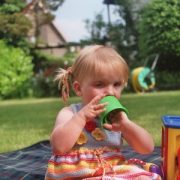 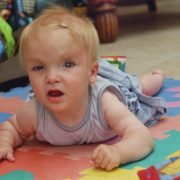 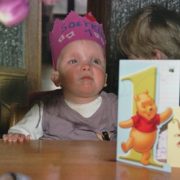 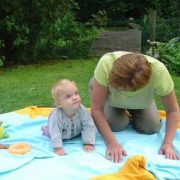