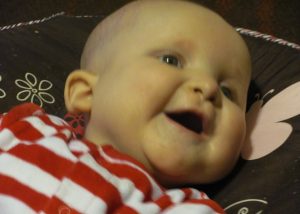 Sophie Marie Stegg was born on March 31, 2011. She is the little sister to our son Shane, who is 11. I was induced at 38.5 weeks due to having extra amniotic fluid. I had the perfect pregnancy. I was considered high risk for the first and second trimester due to losing twins at 21 weeks gestation back in June of 2009. I was monitored closely. My weight gain totaled all of 7lbs. I couldn’t have had a more perfect pregnancy.

When Sophie was born she didn’t want to latch on or eat. She just slept. This being my first viable birth I thought it was normal. The next day Sophie still didn’t want to eat and he blood sugar was low. The nurses were forced to give her formula through a dropper. Her blood sugar went right back up. When they were doing that they noticed that Sophie’s abdomen was swollen so they did x-rays. The x-rays came back and we were told that Sophie had an abdominal blockage and she was rushed to the Toledo Children’s Hospital where surgery would correct the issue. Upon arrival the neonatal team looked at the x-rays and determined that it might not be a blockage but there was definitely stool inside of her that wasn’t coming out. Since it was a Friday evening they were able to take Sophie and give her a barium enema. The nurse said it was the biggest BM she had ever witnessed. Sophie continued to go after that, on her own. She had all the doctors a little perplexed. More testing confirmed that Sophie had Hirschsprung’s Disease. Since Sophie was going on her own we were released from the hospital 6 days later. Sophie continued to go on her own, with pain and strain, until around 2 months. When Sophie was 2.5 months old she had an endorectal pull through surgery.

The days and months that followed were horrible to the point where I was questioning if we made the right decision on having her have surgery. She would scream to have a BM, we had to dilate her anus so it wouldn’t close shut, we have to give her enemas. All of which caused Sophie to scream every time we laid her on her changing table. Things started to become more normal around 4 months.

With all of the testing on Sophie at the beginning of her life it was also discovered that Sophie had several congenital heart defects. Pulmonary Stenosis, PDA, ASD, and 2 VSD’s. Sophie had holes in her heart that needed to be closed but the doctors wanted to buy time to see if they would close on their own. They didn’t. At 4.5 months old Sophie went under sedation once again and endured a 6 hour surgery. Thankfully, we avoided open heart surgery by the grace of God. He made it so Sophie didn’t have to have it. At the 4 hour mark we were told that the doctor couldn’t close the hole through the device but he was still looking. Less than 5 minutes later he sent his nurse out to tell us he found a narrow spot to insert the device and he could close the PDA. Praise the Lord, I could breathe a little easier. Sophie still needs her ASD closed and her 2 VSD’s are getting smaller on their own. Once Sophie reaches 20lbs they will go in and close the ASD with another device, the Lord willing.

The days passed and Sophie started to be awake more and more. She was starting to “interact” with us as best as a 5 month old baby could. Sophie was being seen by Early On, due to her diagnoses, and goals were being set. Sophie was continually missing her goals. Tracking objects or your face was a huge one for Sophie that she wasn’t doing. It seemed as though Sophie was blind. She wouldn’t blink if you snapped your finger in front of her face, she wouldn’t look at you, nothing. We took her to the Kellogg Eye Center at the University of Michigan and it was confirmed that Sophie did have Nystagemus, wobbly eyes, and they weren’t sure why. An MRI was ordered that didn’t happen right away due to her heart, long story, and eventually we had the MRI done. Everything came back normal. Once again, I was singing His praises.

The day the MRI was performed in Toledo, OH, the doctor that was assigned to be with Sophie every step of the way asked me if we had considered having genetic testing done on her. It made my eyebrows raise. This was the second time a doctor had asked me this. He reasoning was due to Sophie having several health issues that he thought we all connected. I didn’t hesitate any longer and we made the appointment. I called U of M Genetics in November and I was told that they couldn’t see us until April 2012. I called the Children’s Hospital in Detroit, they weren’t going to be able to see us until March. I made both appointments and I prayed that the doctor we were supposed to see would call and get us in first. The next day, the U of M Genetics called and could get us in on November 23rd. That was 2 weeks away. Prayer answered!

On November 23, 2011 Sophie and I went to see Dr. Mark Hannibal at the U of M. He had a list with him and I was trying to sneak a peek.  I have been working on my upside down reading skills! He examined Sophie and he kept saying, “If it is what I think it is.” Finally, I asked if he could tell me what he thought it was. Immediately he said Mowat-Wilson Syndrome. That was the one on the top of his list and the one I didn’t research at all. When we left Sophie was set up to have all the blood work done and we would know in 4 to 6 weeks. With the holidays in there, I knew it would be more like 6 weeks.

On January 2, 2012 at 10:37 am I received a call from the U of M and at that moment I knew. Dr. Hannibal asked me if I was sure that I wanted the results over the phone and I said of course, I am not waiting any longer. He proceeded to tell me that Sophie had a deletion of the ZEB2 gene which confirmed the diagnosis of MWS. Our lives were forever changed in one phone call.

Although I can’t put in to words what I felt that way, I have come to the point where I can start to talk about it. Only our close friends and family know what is going on with Sophie. We aren’t trying to hide it but we feel that people don’t have to go around announcing that their kids are healthy, why should we have to announce that ours isn’t?

Sophie is continually improving everyday. The day before her 1st birthday Sophie decided, at the heart doctor’s office, that it would be a good day to roll over from her back to her belly for the first time. She wanted to show her Grammie and Grandpa since they were here for her birthday. Sophie has just found her voice. Most days she is NON STOP jabbering and drooling. There are no teeth yet but we know they will come eventually. Sophie has a 6 month goal to sit up on her own, we are all working to get her to that point. Shane has many questions and we have no answers. Sophie’s Physical Medicine doctor said it best….We don’t know what Sophie is going to be able to do, so why not shoot for the moon and give her high expectations! We believe Sophie will exceed expectations! 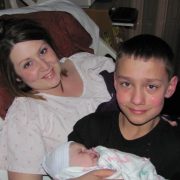 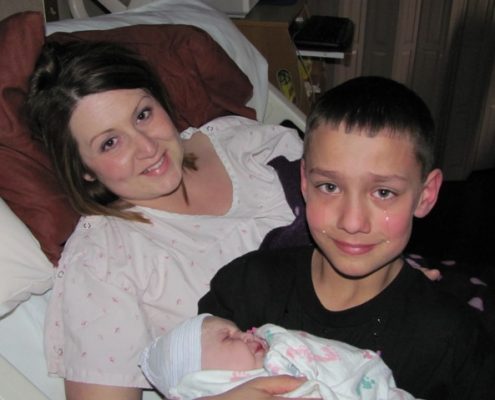 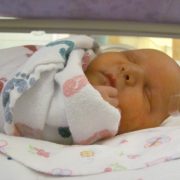 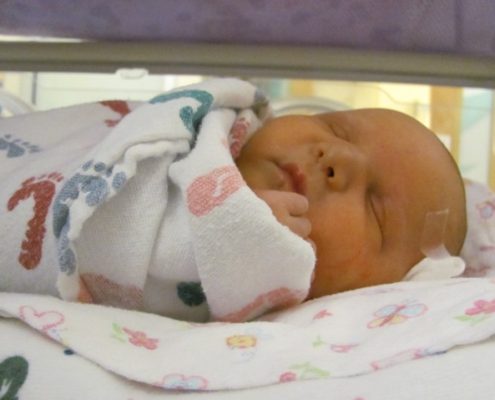 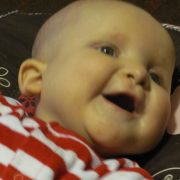 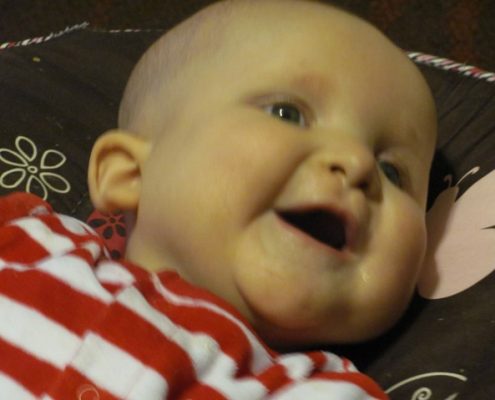 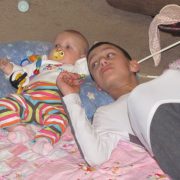 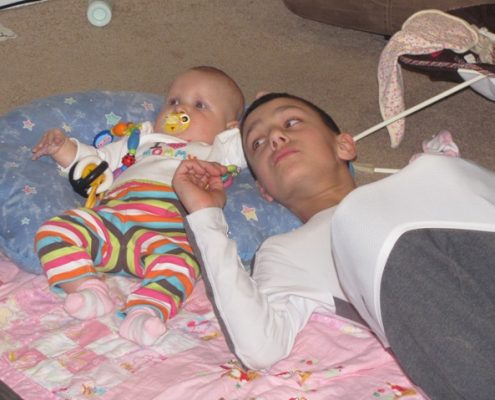 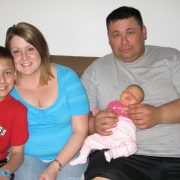 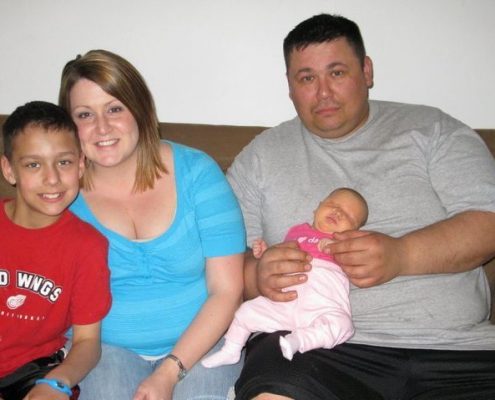