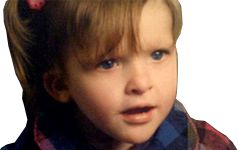 These research efforts are focused on gaining a better fundamental understanding of MWS, at the cellular level, and to identify the specific molecular defects that cause this disorder to test treatment options.

The important work of Dr. Goosens in 2001 demonstrated that the underlying genetic basis of MWS is due to an alteration in a single gene named ZEB2. These findings have given us hope in defining MWS at the most fundamental level. However, knowing the underlying cause of a syndrome is only a beginning, and connecting this information with a better understanding of a disease is critical for identifying potential treatment plans and options.

Unfortunately, many research models attempting to mimic the various clinical symptoms of MWS have been largely unsuccessful. We are met with a similar challenge when studying other developmental disorders: how do we study MWS at the most fundamental level when it is not possible to study the most relevant living cells from that patient, the neurons of the brain and other organs?

One of the main questions we want to ask is, “What other genes are affected in MWS cells?” Our labs have been successful in uncovering similar ‘molecular signatures’ characteristic of many other developmental syndromes. Many labs have examined the role of ZEB2 in early processes that occur during early prenatal development, including early processes of cell movement and migration. But the ongoing role of ZEB2 after birth and into adult life, and which clinical phenotypes of MWS are due to deficits in ZEB2 function in the body after birth, are unaddressed questions. These questions are important for us to determine which aspects of MWS might be treatable with current and advanced therapeutics, such as gene therapies.

We address this problem by examining multiple research models of Mowat Wilson Syndrome. Our efforts include the use of genetically engineered mouse models. These models can be designed to alter ZEB2 function in subsets of cells in the body. These exciting research models allow us to determine when and where ZEB2 might be important in cell types after birth and into adulthood. These animal models also provide us with a means for testing therapies that we may identify in our and other’s research efforts.

Our work also includes the use of pluripotent stem cells that we have engineered to carry alterations in the ZEB2 gene, similar to those seen in MWS individuals. Once the cells are converted to neurons, we can readily study them with a variety of methods. One of the methods we are most excited about is using these cells to perform small molecule or drug screens. The cells will be grown in the presence of drugs or medications to identify possible chemicals that may influence these molecular signatures with the hope to “fix” the molecular problems causing MWS.

It may take time before we can answer many of these questions, but having these cells and animals in our laboratory allows us to move forward in a variety of important directions. We hope these early phase studies will provide us with a foundation to obtain longer term funding to support this work.

We are extremely grateful to the MWS families for allowing their children to participate in these studies, and talking with their doctors to obtain these biopsies. Family participation is essential for this work to proceed, and the support has been overwhelming. We would like to thank the Mowat-Wilson Syndrome Foundation. They have been a critical part of connecting us with the families and doctors treating the children and adults with MWS. We would also like to thank the foundation and the MWS families for providing us with the initial funds for this project. We are excited about these studies and using our discoveries to identify treatments for patients with MWS in the future.